We were asked to create a series of films about cloudThing to showcase the culture, mission statement and overall ethos of the company. The films were timed for a new brand launch and produced to sit on cloudThing’s new website to attract an audience of potential clients interested in finding out more about the business. 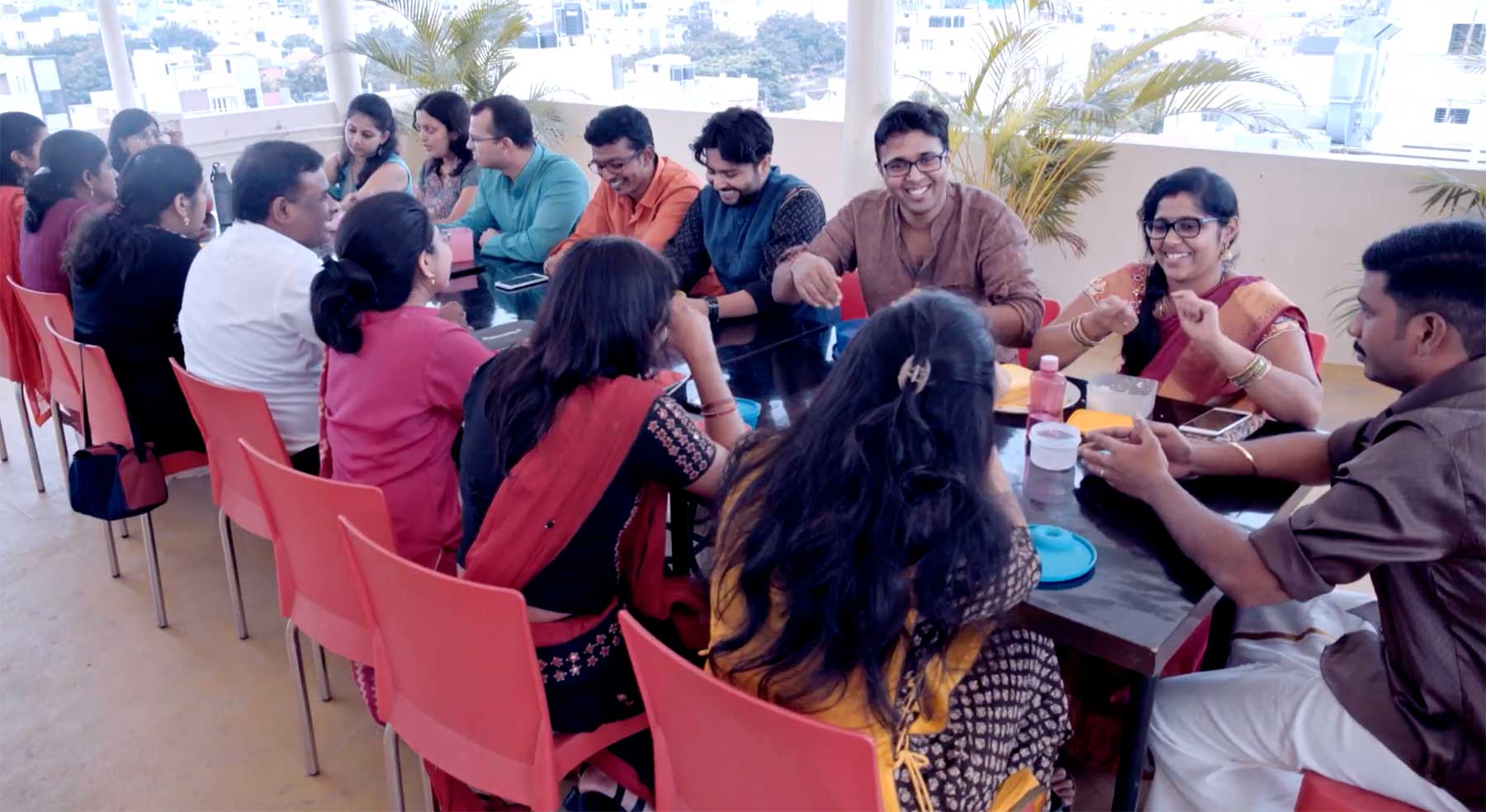 The cloudThing team were keen to seek out clients with a shared ethos and culture. cloudThing are multinational with offices in the UK and a 60 strong workforce in Bangalore, India. We needed to film in both locations but ensure that there was no differentiation between the teams apparent in the films. cloudThing operate as one family and they were keen to dispel any of the myths often associated with off-shoring of talent.

The brand is clear. The seamless depiction of the two offices in very different locations and the sense of the company’s ‘family feel’ really comes through. The extent of cloudThing’s work (which is technical and can appear dry) is given life by being told from the perspective of the employees themselves. In testament to the success of the films, we were re-commissioned to produce further films.

How We Achieved Success

cloudThing gave us unparalleled access to their teams in both India and the UK, because they knew when appointing us that they could trust us to be professional but accessible, to get on with their staff, and to get the best out of contributors. We spent time getting to know not just the management team but staff too. This helped us to work out exactly who would work well on camera and by getting to know the teams we were able to uncover who would be best placed to tell the cloudThing story across the organisation. We identified people, storyboarded and scripted their contributions and checked this off with senior management. As a result, we and the client felt confident we were on the same page to deliver the right content and could go ahead and plan the shoot around this.

Because the team trusted us we were able to challenge and explore alternative routes to produce the best film. This included deviating from script where appropriate and including animation in the final film. The use of animation was the most succinct way of incorporating all elements of the brand and quickly and clearly explaining exactly what cloudThing do. By challenging their image of what was needed with our expertise about what would work, we produced a film that worked well and proved to be significantly more successful than the original brief would have delivered. Our ability to build rapport with the cloudThing team enabled us to put contributors at ease – they trusted us to help them deliver on camera. We are always keen to invite questions and concerns so that we can answer any questions that are arising and nip any nervousness in the bud!