This short video utilises text over video to hammer home key messages and impactful statistics to engage a targeted audience. 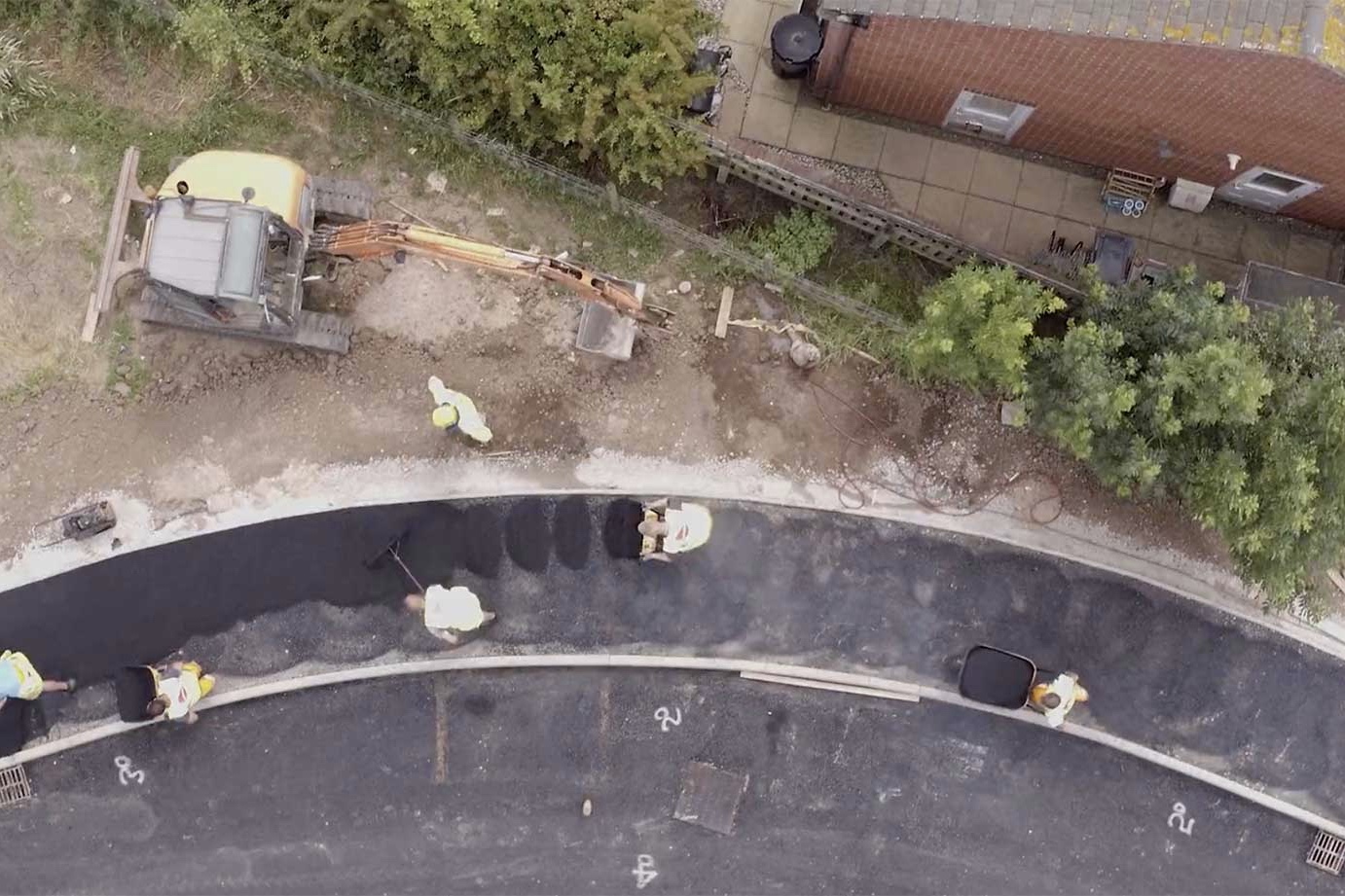 This short video utilises text over video to hammer home key messages and impactful statistics to engage a targeted audience. We have made three films over the last twelve months for the Accord Group. The featured film above was our latest and designed to showcase and explain the Black Country City Garden Scheme to housing developers. The idea of the BCGC is, well, there isn’t much point in me explaining the idea! That is what the film is for so take a look if you are interested. Filming took place over one day using a standard film crew and a drone team. The idea was to highlight the key principles involved in the scheme and the benefits of signing up. The film was to be shown at the MIPIM exhibition in Cannes, France, on a big screen so we knew that it needed to be eye-catching and impactful. We wanted to avoid using talking heads as that would mean that the viewer would have to engage with the film at a deeper level. We were keen to use keywords and phrases that would appeal to developers who may be on stand and encourage them to watch further. We also knew that our audience may be on the move and pass through the stand regularly and see the film in bits – we wanted them to still be able to take away key messages and mentally bookmark the film for later viewing online. This film worked on a number of levels – we new the audience would want to access the film via social media at the same time, having an online version was important too. We knew this video would work online as the viewer would not have to rely on sound to understand the key messages and take home. You could read the film whilst you were on public transport or going about your business. Using drone footage was key to really get across the scale of the Black Country City Garden as well as being an eye catching tool to grab interest – everyone loves a good aerial shot, particularly of their home town, and the majority of the developers were from Birmingham and the Black Country. We were incredibly pleased with the end result as were our clients, who have already commissioned us to make two new films over the coming months off the back of the success of this film. We hope that our relationship with Accord Housing continues to flourish and we continue to make films that both we and Accord Housing can be proud of for years to come.

We’re a specialist end to end video production company. We bring to life your stories, ideas, website, products, events and business through our exceptional video productions. Based in the heart of the UK our team of video marketing experts will tell your stories using animation, interviews and stunningly crafted video to connect you with your target audience.

© 2020 Method In Motion. All Rights Reserved. Website by Big Cat